What If You Had A Remote... That Controlled Your Universe?Jun. 22, 2006United States107 Min.PG-13
Your rating: 0
0 votes
ComedyDramaFantasyRomance
Report the error details.

Michael Newman is a loving father and husband, but he’s got an office and a career he sees more often than his own family. To only make matters worse is a boss who takes everything for granted, including advantage of Michael by dangling a promotion in front of his face. But when one late night trip to a Bed, Bath and Beyond store for a new remote control, Michael finds himself in the possession of a new kind of remote control, developed by an eccentric inventor. A remote control so significant that it allows Michael to be able to fast forward, rewind, pause and practically control all the events in his life. So much to an extent that it becomes a luxury for the overworked man who finally gets some quality time with his family and his life. But not everything lasts forever as Michael is about to find out, when the remote control begins to malfunction, causing Michael to deal with the consequences. 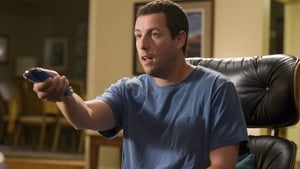