John Marion Stryker is the ultimate Marine, a tough rifle squad leader who in 1943 is assigned a squad of new recruits saddled with three veterans and an old enemy of Stryker’s from previous duties in the Far East. One recruit in particlar is a source of friction with Stryker, Peter Conway, whose father was Stryker’s CO at Guadalcanal and who felt his son was too soft and cowardly to be a Marine. The squad grows more and more resentful at Stryker’s increasingly brutal training regimen and his lack of sympathy for the varied personal problems of the recruits, but his determination to mold them into fighting men helps save their lives when the squad is landed at Tarawa in November 1943 and Stryker risks his life to blow up a Japanese bunker that has slaughtered Marines trapped at a log wall. The now battle-tested squad becomes more closely-knit and Stryker’s relationship with the men warms as the squad eventually finds itself in the bloodiest island battle of the war, at Iwo Jima. 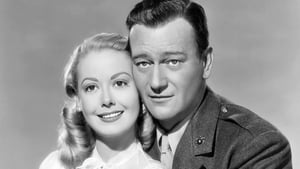